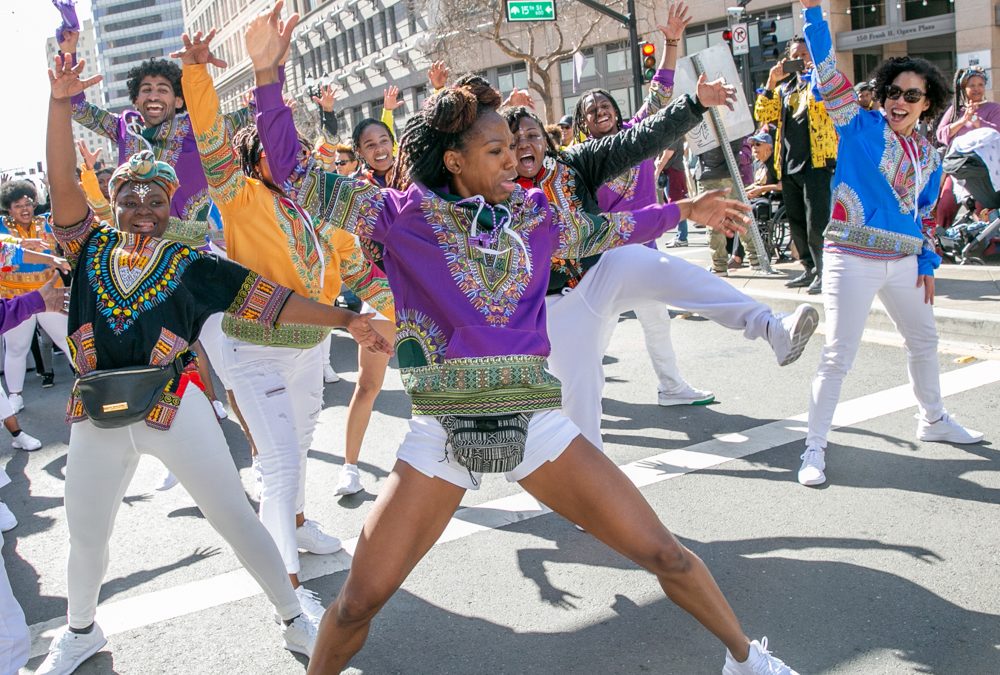 First Church’s annual celebration of Black History wrapped up on Sunday with an invitation to attend the Black Joy Parade in downtown Oakland. The parade, which begins at 12:30 pm extends along Broadway, from 14th Street to 20th Street. A performance and vendor area will be located at Broadway & 20th Streets.

In month of February, worship and bible study were opportunities to celebrate the black experience, with preaching from First Church elder David Alexander. On February 20, First Church joined Faith Presbyterian Church, a black congregation in Temescal, for a combined worship service on Zoom, with Rev. Valerie Tribble preaching. Wednesday night bible study hours shifted gears away from scripture for a few weeks. A poetry night was held on February 16 with attendees invited to share poems by black authors. Darlene Flynn, chief of the Race & Equity Division for the City of Oakland, joined the congregation in conversation on February 23.