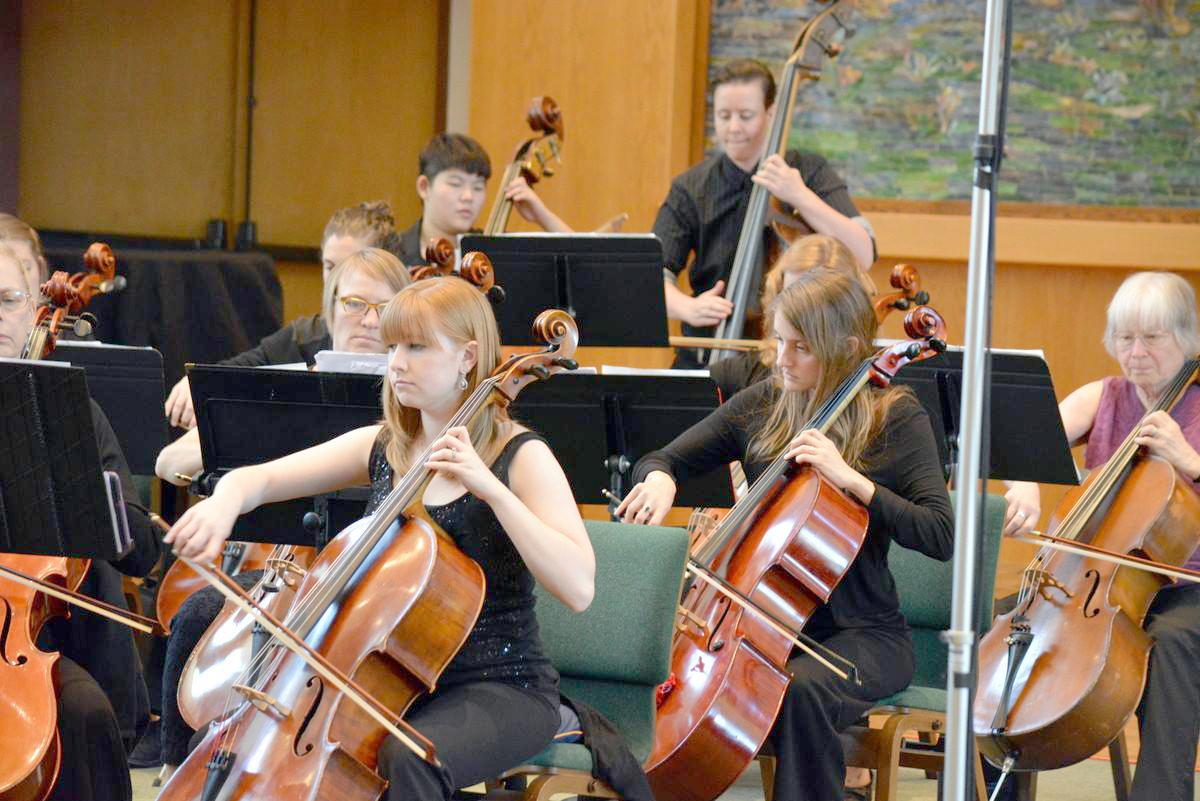 The Community Women’s Orchestra will be making its new home at First Church, starting this week. The orchestra, which consists entirely of women, will rehearse in the Fellowship Hall on Thursday evenings, from 7:30 – 9:30 pm. They will also have seasonal concerts here, also in the Fellowship Hall.

The orchestra’s mission is “to engage, inspire and celebrate women in classical music.” Begun in 1985 as a community adjunct to the Women’s Philharmonic, the orchestra is now independent. There are currently sixty women performing with the orchestra, whose repertoire highlights the works of women composers, in addition to standard classical works. The orchestra will be led in its 37th season by Ondine Young, guest music director.

The Community Women’s Orchestra has a fall concert scheduled for November 14, though they have yet to determine whether the performance will be in-person or streamed live.