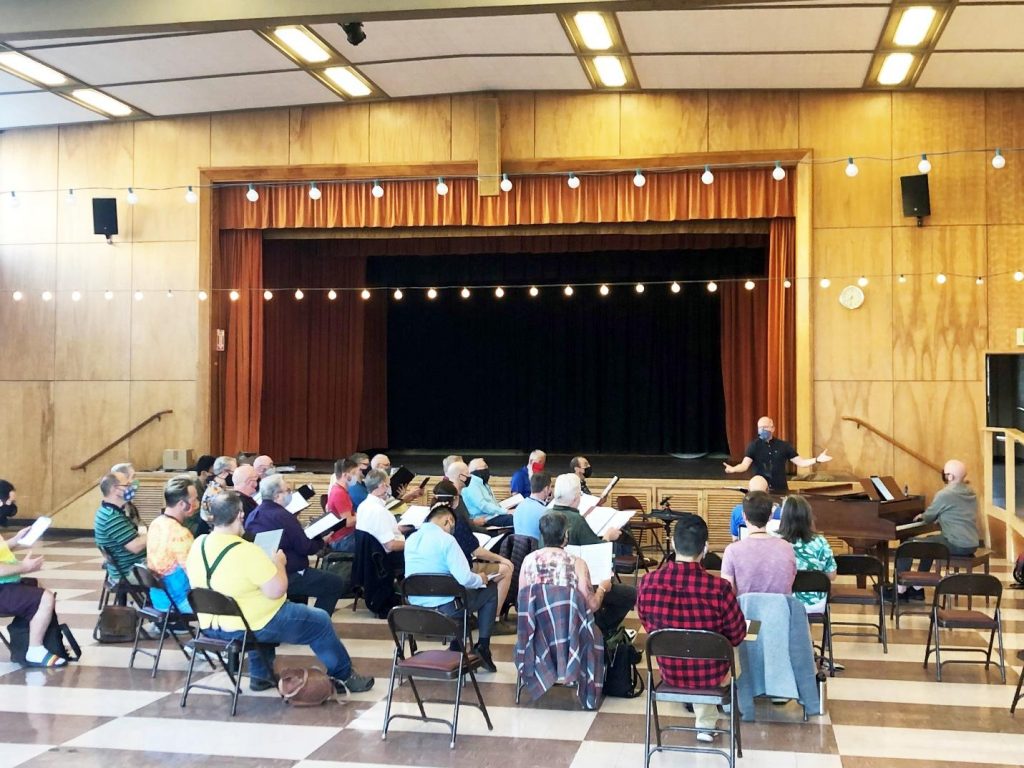 Started in 1999, The Chorus is a performing group with approximately 100 singers, committed to core values of “community, kindness, integrity, trustworthiness, courage, joy, and giving back.” The Chorus divides its time between performing and community involvement, particularly around issues of LGBTQ rights and inclusion.

On Tuesday evening, nearly half of the Chorus’s singers met together for the first time since the start of the pandemic, for a short rehearsal and social time. They will be rehearsing every Tuesday evening in the Fellowship Hall, from 7 pm to 9 pm. Singers were allowed to tour the campus, which was opened for them, including the Sanctuary, where they are considering future concerts.

The Chorus began as an organization of gay men, but membership is not restricted by gender or sexual identity. Singers are not exclusively gay men; all LGBTQ allies are welcome to participate. August rehearsals are open to anyone interested in auditioning.